Nine Rooms in the House of Islam 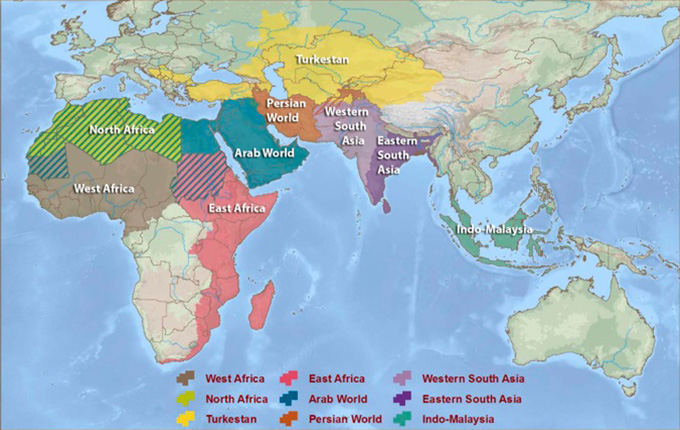 Though Muslims everywhere share many common bonds such as the five pillars of Islam: prayer, alms, pilgrimage, the Muslim creed, and fasting, Muslims are by no means a monolithic culture. Muslims vary widely in their culture. From West Africa to Central Asia to Indonesia, Islamic cultural practices are as diverse as the people themselves.”

For this reason, we have chosen to examine what is happening in the Muslim world with special respect to each of those distinct cultural regions or affinity blocs. These nine regions share mutual history, languages, geography and intertwining ethnicity. By examining movements within each of these distinct cultural zones, we are better able to understand how God is uniquely at work within each one.”

There are Nine Rooms in the House of Islam, and the Wind of God’s Spirit is blowing through every one of them.”

Read more in David Garrison’s new book A Wind in the House of Islam.“